“It’s not trying to be particularly slick.” 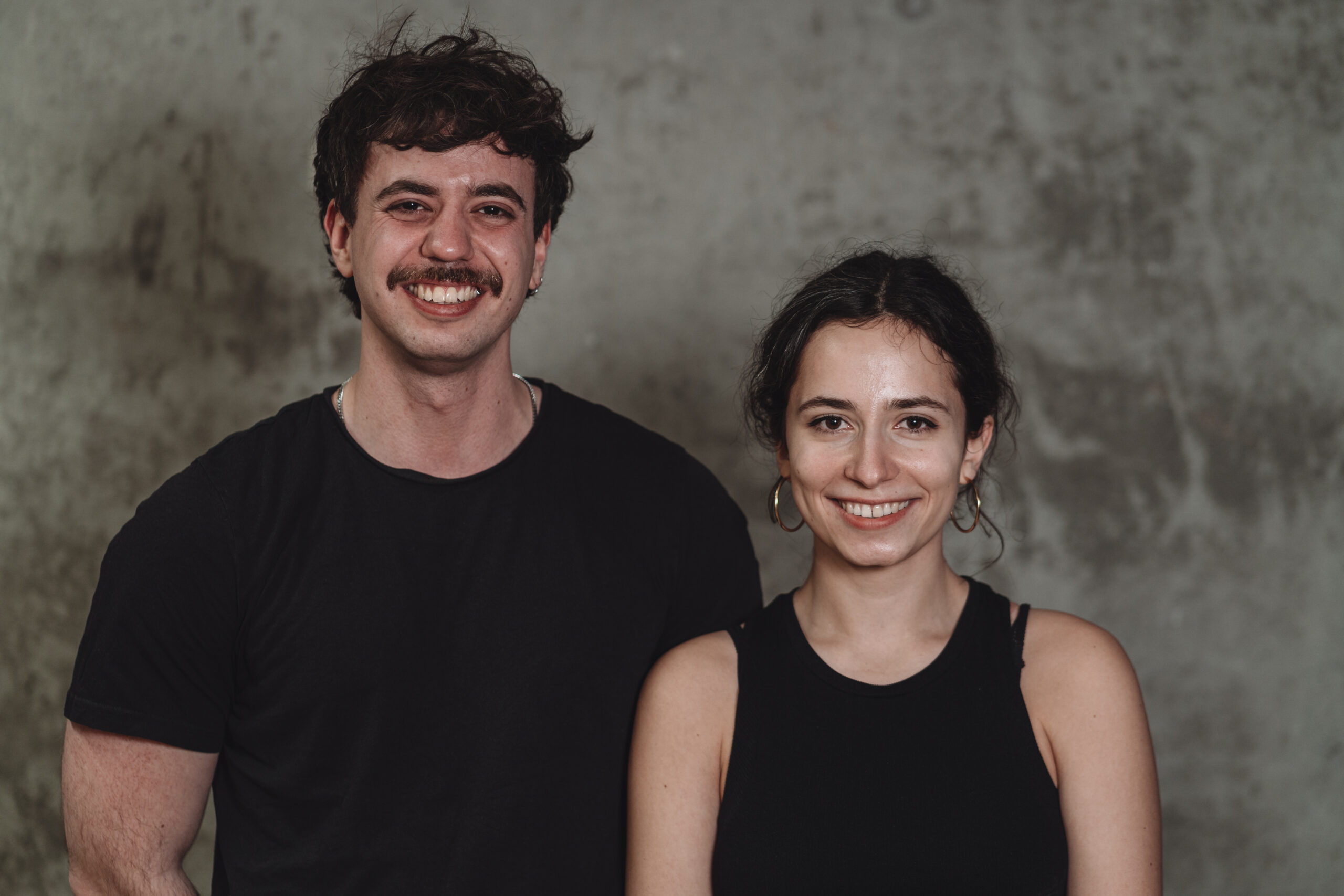 Once again this year, the new design in which Sehsüchte shines is a pillar that visually captures the mood of the festival for filmmakers and viewers. We talked about the processes and challenges behind the new look to this year’s design team India Aparicio and Malte Hillebrand.

Who are you? What are you studying? And which of your websites can we link to?

India and Malte are both in their third semester studying Creative Technologies. Their study program explores how new digital technologies can contribute to creative exchange. In conversation with Celina from the Sehsüchte team, they talk about their work on Sehsüchte Design:

What attracted you most to create this year’s design for Sehsüchte? Do you have a personal connection to the festival?

India: We study at the Film University, which gives us a personal connection. Also, I worked on the exhibition “Beyond the frame” last year, so I was already very familiar with the festival. Working at the festival last year was already a lot of fun, and designing the entire look for the upcoming year was not only an exciting, but also a personal and unique assignment for me.

Malte: I can only agree with that. Last year, I was also able to really appreciate the scope of the festival for the first time and was thrilled to see what a large and professional framework is given there exclusively to student works. Translating this into a visual language is a unique opportunity.

What makes the design work for you? How did you make sure to capture the “Sehsüchte feeling” graphically?

India: For me, this year’s design is made up of many contrasts in color, shape and form. They represent the diversity and range of films and filmmakers that make up the festival.

Malte:  Moreover, it shines exclusively on the black background. Just as filmmakers illuminate the dark cinema with their works.

What were the biggest challenges in coming up with the ideas?

India: Settling on a look. During the brainstorming process, we came up with a lot of exciting concepts and styles, so it was hard to settle on one.

Malte: Also, finding something that could work on all the necessary communicators and still be coherent. From digital-only assets to an entirely analog trophy design, the design has to shine quite uniquely everywhere.

Do you have a set workflow? What are your first steps and what happens after that?

India: Since the tasks vary a lot and are hardly repetitive, we don’t have a fixed workflow, but rather always plan for the coming week.

Malte: We also get along very well on a friendship level and communicate at eye level. This allows us to develop good ideas in a relaxed exchange and to coordinate our work parts fairly with each other.

Is it more important for you to develop and follow a detailed plan or do you also like to improvise sometimes?

We also like to improvise. It often results in surprising ideas.

Which products are the most complex for you to create in the work process? Which ones do you have the most fun with?

India: So far, the first steps (settling on a concept) have been the most complex, because countless possibilities arise in the initial idea process. But because of that, it’s also the work that’s the most fun.

Malte: It’s also fun to know that your design will be seen later at the festival. That’s why I especially like the merchandise and similar things.

Is it difficult for the both of you to agree sometimes? How do you deal with disagreements?

India: Most of the time we have a similar opinion, but if we can’t decide we just let the Festival Management decide.

Is there anything you are particularly happy with in the design?

India: Personally, I like the choice of colors and the fact that it translates well to different media.

Malte:  I like that it doesn’t try to be particularly slick and rather shows itself a bit more confidently.

Are there any taboos in designing?

Do you have strategies to avoid a creative block – especially during Covid times?

Malte: A walk to the Späti always helps.

We are very happy to pass this tip on! Thank you for your great design ideas and for making the 51st Sehsüchte visible this year!