Into the future with radiance 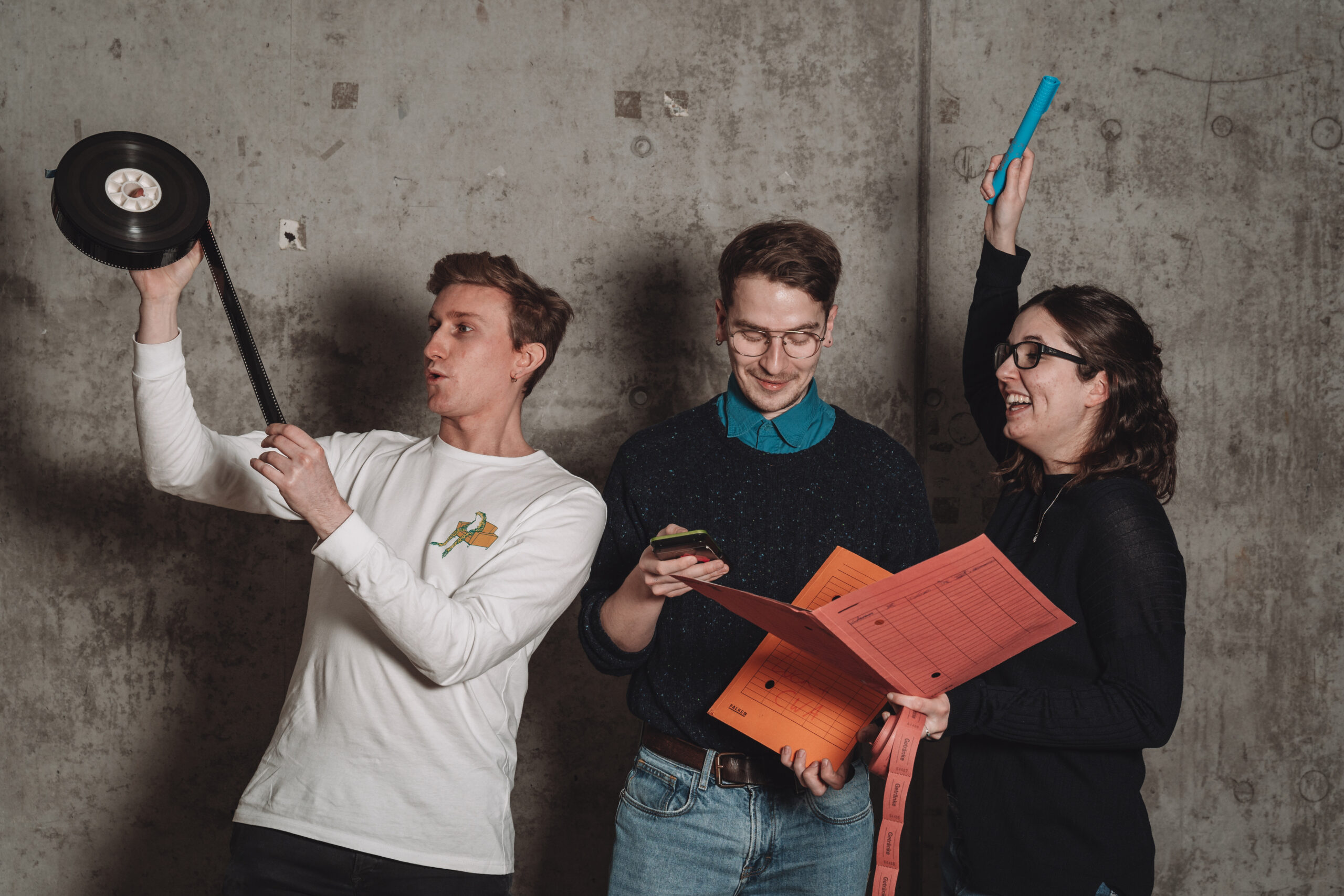 Sehsüchte 2022 – Into the future with radiance

After two years of pandemic and postponements to September or July, the international student film festival will again take place at the traditional date in April. Also for the 51st edition students of KONRAD WOLF University organize the festival. From April 20 – 24, 2022, they will transform the university into an international festival location with an extensive film program, workshops, panels and concerts.

The Festival Management of Sehsüchte 2022

The team of 53 students is coordinated and organized by the three-person overall coordination team: Sara Rauschning, Moritz Nehlich and Philipp Eichel are together in their fourth semester studying the Master of Media Studies. In order to keep an overview, they have divided three major areas of the festival organization: Sara takes over the organizational management, Moritz is responsible for the curatorial management and Philipp, together with Moritz Waldvogel, takes care of the financing of the festival. “At the beginning of the festival work each year, the students are prepared for the next edition by handing over their predecessors:inside and can try out the individual departments professionally within the framework of the film university and get to know each other as a team,” explains overall coordinator Philipp. The management of the festival is therefore completely new and exciting for the Sehsüchte experienced, explains Moritz: “The division of long preparation time and this abrupt, great discharge and becoming alive in the festival week make festival work so unique for me”.

Even though this year the festival will be held again in presence to the traditional date at the end of April, it was organized during the Corona pandemic. How do you manage to keep your spirits high and communicate well as a team during this? “Fortunately, our team meetings have been hybrid throughout the year, which means that some of them have also taken place on site, so that there has always been a lively exchange between everyone,” says Sara, and Moritz adds: “And we can really trust our coordinators. They look after their departments and are always in contact with us, so that we can also react well to problems in the team without having to be in constant exchange with every individual.” Together, the three share an office in the new university building in Marlene-Dietrich-Allee. So shortly before the festival, these three desks are almost always occupied: “Of course, we’re always happy when there’s a knock on the office door and the team members join us for a soda to work on their plans,” says Philipp.

Sehsüchte Festival alongside studies and work

Everyone who works at the festival is studying at the same time, and many of them also work alongside their studies. To stay stress-free, Philipp recommends walks across Tempelhofer Feld or long bike rides through the Brandenburg spring. Moritz simply goes to the movies. And Sara usually frees up the weekend for sightseeing: “When the stress gets too much, I go into the kitchen and bake to relax. Then Philipp and Moritz get something out of it, too.”

This year, the festival’s motto is radiance. “For me personally, this reflects the (radiance) power of cinema, but especially of up-and-coming film. Sehsüchte gives so many up-and-coming filmmakers:a platform and thus has a very special radiance,” Sara explains. They decided on this motto together in the year group that took over the organization this year.

Sehsüchte 2022 – Will it be the perfect festival?

Sehsüchte would be perfect for Philipp if international filmmakers met an alert audience at the screenings, if there was great music and if there was dancing until dawn.
Sara also sees the festival as a learning process: “For me, the perfect Sehsüchte festival is not necessarily flawless, but an edition in which all team members are satisfied with their own work would be perfect” and Moritz adds: “perfect is when the team members look back proudly on their work. The visitors:inside and accredited keep nice memories of their time in Babelsberg.”

Over 100 films from nearly 40 countries will be screened at the festival in the categories feature film long, feature film short, documentary, genre and animation. In addition, there will be special programs for screenplay lovers, such as Writing Addictions and Focus on Production. The Future section will again offer a free selection of films for children and young people. The Retrospective in the Filmmuseum Potsdam takes a look back and in the 360° Space a selection of films can be seen with VR glasses. The interactive Exhibition: Beyond the frame invites you to discover multimedia art projects. The workshops, panels and parties invite to discuss, learn and last but not least of course to celebrate extensively another Sehsüchte edition.

“Team spirit, trial and error, passion” is what Sehsüchte is all about. This results in a diversity and authenticity – an inference that attracts not only experts, but also all other film enthusiasts to the festival. Sara, Moritz and Philipp are looking forward to the festival, to the audience and to all filmmakers and artists who will come to Sehsüchte.