A search for traces 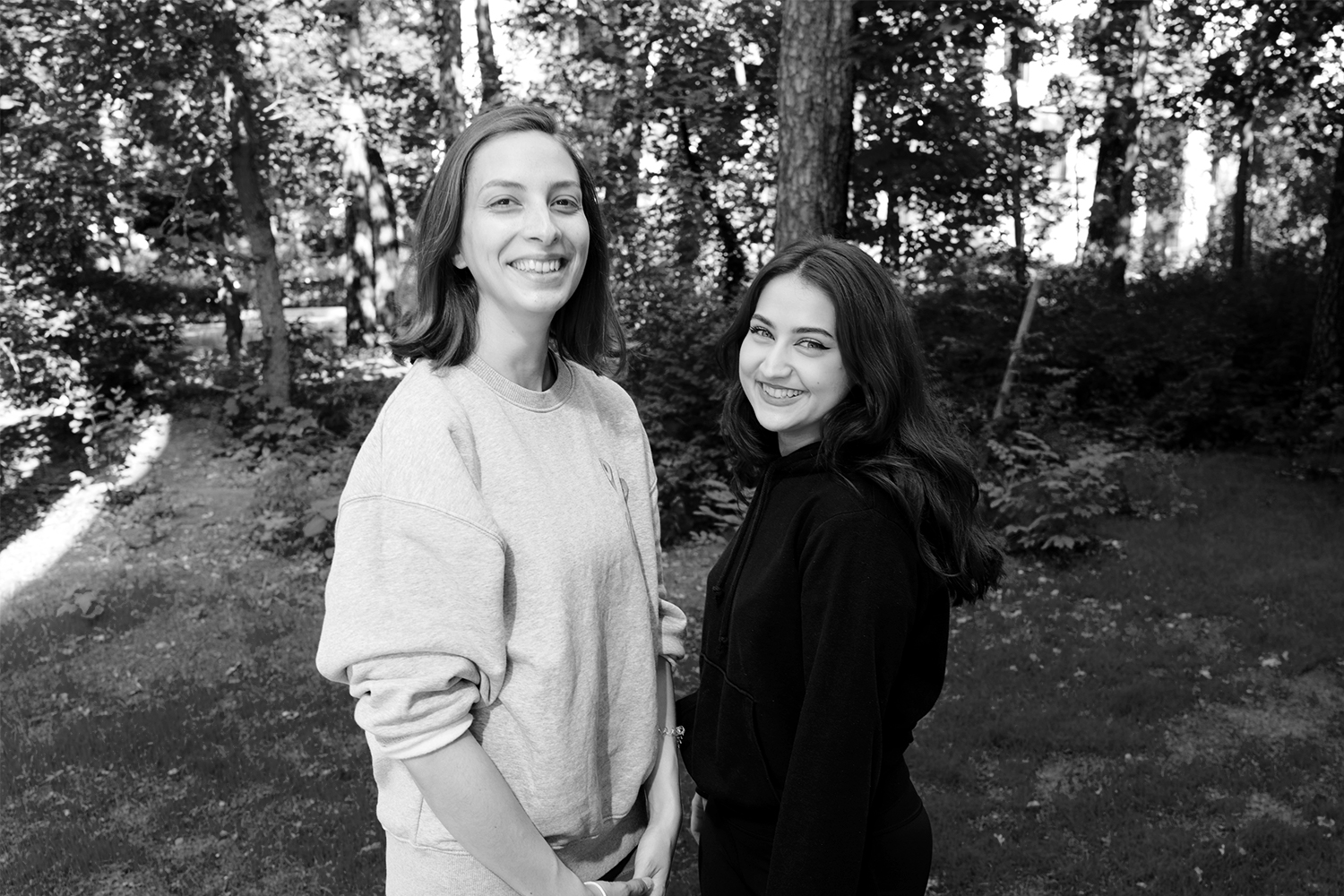 50 years of festival history. 50 years that have been more and less documented. On the occasion of the anniversary, Cansin Kuyuköy and Katharina Kauth have taken a comprehensive look at the history of the festival. In an interview with Eva Lütticke, the two tell us what surprises and challenges this entailed.

You are both responsible for the newly founded History Department. What does this include?

Cansin: For the 50th anniversary of Sehsüchte, this year’s overall festival coordination decided to set up an independent department to work on the history of Sehsüchte. Katharina and I have rummaged through internal university archives, read through numerous programme booklets and press materials, and also conducted several interviews with contemporary witnesses. We came across an exciting festival evolutions!

Katharina: We are celebrating the 50th anniversary of the festival this year. But actually, from today’s perspective, that’s just a number: no one who is still associated with the festival today has experienced its beginnings. And because the teams change every year, there is basically no festival memory. This year’s overall coordination and the Sehsüchte association wanted to change that and created our department on the occasion of the anniversary. So, you can think of our work as a search for traces. There are places scattered all over the university where documents on past festival editions are stored: in the university library, in the old and now in the new Sehsüchte office, in the container down in the underground car park, in the storage room behind the toilets on the third floor of House 4 and in an old filing cabinet in one of the seminar rooms. We first had to get an overview of what was available and where – and then, with the help of numerous conversations with contemporary witnesses, try to fill in the remaining gaps.

Cansin: During the festival week we will show the results of our research in an exhibition in the atrium of the Filmuni. Those who can’t come by have the opportunity to go on a digital journey through Sehsüchte’s history on our website.

What attracted you to reappraise 50 years of festival history?

Katharina: 50 years – that’s an almost absurdly high number. At least that’s how it seemed to me when I started studying here last year and realised how long Sehsüchte has been around. It just made me curious. And when the different departments were introduced, there didn’t seem to be a clear timetable for History, so there was more freedom to try things out.

Cansin: It was similar for me; I liked the fact that History offered a lot of freedom as a new department. But I was also particularly attracted to the task of presenting our results to an audience after the research. Be it the conception of a physical and a digital exhibition, or the history throwbacks on our social media channels.

What was the biggest challenge in sifting and selecting the material?

Cansin: Definitely – keeping an overview. With the amount of material and sources, it was not always easy to maintain a structure. The fact that every Sehsüchte edition is put together by “new” students is both a blessing and a curse. 50 years of Sehsüchte also means 50 years that have shaped the festival. During our research, we often came across new aspects, people, materials, where we often thought to ourselves: that could be researched again. Most of the time we had to slow ourselves down to really concentrate on only the most important things.

Katharina: Also, the time pressure: if this year’s festival week hadn’t been moved from April to summer, we wouldn’t have gotten nearly as far.

The history of Sehsüchte is by no means straightforward. What are the most radical changes the festival went through and why?

Katharina: Well, I think most of what happened was in the 1990s: In ’89, the Student Days still took place in the spring as usual. Then came the fall of the Berlin Wall and with it completely new conditions. That obviously didn’t make it easy for the students at the time: a few years later, the event was on the verge of being cancelled – until it was relaunched in 1995 under the new name Sehsüchte.

Cansin: I would also say that 2006, when the organisation of the festival was tied to the study regulations of the Media Studies masters degree, is an important milestone in the Sehsüchte history. From then on, it became compulsory for media studies students to organise Sehsüchte.

What has surprised you the most in the festival’s history?

Katharina: One of the first “aha” moments for me was to realise that there were so-called FDJ student days not only at the then HFF, but at all educational institutions or training centres in the GDR. And that this was required by law. But the rapid upswing from the mid-90s to the early 2000s is perhaps most impressive.

Cansin: I agree, the development curve is really impressive.

Is there a year that particularly stood out?

Katharina: 2002. That year the flame became the symbol of the festival, as if out of nowhere.

Cansin: I really can’t limit myself to one year… in the 2000s and 2010s, well-known personalities showed up at the festival every now and then. Among them: Andreas Dresen, Wim Wenders, Nora Tschirner, Tom Schilling and many more. Wolfgang Joop even donated a prize of his own design: the Wunderkind Award.

You are preparing an exhibition in the atrium of the Filmuni that can be visited during the festival week. What can our guests look forward to?

Cansin: The exhibition at the university is structured according to the various names under which “Sehsüchte” has taken place over the past 50 years. The Sehsüchte story extends over a total of four exhibition islands.

Katharina: We tried to put together as many exciting documents, photos, and videos as possible while still keeping a common thread.

You have also presented the history of the festival online on our website in an interactive exhibition. What can our guests expect there?

Katharina: Since the festival is taking place under pandemic conditions, it was clear from the beginning that we also wanted to provide digital access to the exhibition. So, online you will find a selection of the texts and exhibits that will be shown in the atrium of the Film University. But if you want to delve deeper, you can also navigate through the individual years on the website and find information about the winners of the respective years (if we were able to identify them). In other words, a small digital archive.

Cansin: There will also be a trailer media library with all trailers from 1992 onwards. Our users can then click through them. You can also see a previously unreleased trailer from 1991 that is considered lost!

Thank you for the interview!